“Nobody Does It Better!“ 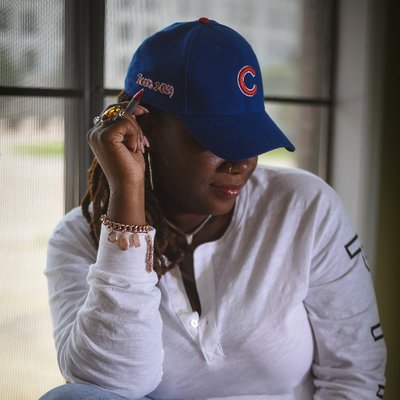 Edwina Fort is known these days in some circles as the Hebrew Griot.

On her YouTube channel by the same name she publishes many “Audible” style  audio books free for her viewers.

The Griot will help you remember.

The Hebrew Griot,  Edwina (RibqaYah) Fort is a servant of the Most High Yah (Psa 68:4) first. A wife of  almost 20 years. A mother of 8 home schooled children, with a growing 5 acre homestead. And as if that isn’t enough, in her never ending walk to be the Proverbs 31 woman, her “real” work has been revealed in her amazing writing talent.

A writer of Hebrew love stories, her tales of what most in the world would only describe as “black” super heroes and the their companions, give a glimpse of the Power from on High and what happens when it is bestowed upon the obedient and the faithful. These are tales not only of the love between two people, but also the narrative of  a love between a band of brothers. And an adventure detailing the love of the heavenly father and his son, gathering his people back to their intended fellowship.

What has been placed on the heart of the Griot, is to take characters like biblical figures, with all  of their intricacies, and place them in modern times and in modern situations. Some even venture into glimpses of a post modern world reminiscent of a Book of Eli/ Mad Max/ Sky Net like world. All in all she takes us on a journey from the past, through the present, and into the future.

All of her work, is with the view that just as the Qoheleth says “… What has been is what will be …and there is no new matter under the sun.”

As an indie author, Edwina began publishing another series of her books on Amazon initially to add to her households income. Her work was so well received that soon she and her husband established her publishing company Griot’s Garden Publication’s with an eye towards the future.

These books are a series of love stories that chronicle the coming together of couples just before they discover their rich heritage and the purpose of their calling. Her titles masterfully interweave these characters together in an epic saga as they set out to accomplish the work that the ancient one has prepared for them in the great war of light vs. dark.

The goal of Edwina’s writing is for readers to follow the journey of these characters and join them in their quest for living water. Her hope is that the reader themselves begin to allow the nurturing of the seeds being planted. Because it was said by someone somewhere that

“…the mind has a strong drive to correct and re-correct itself over a period of time if it can touch some substantial original historical base,…”

As a publisher her goal is to provide other writers with the same ideals a path to publishing and to do her part to grow a place in the market that overturns the negative stereotypes that try to present us as immoral as opposed to who we are, “…a light to the nations.”

“ My goal in this walk is to imitate the perfect example given to us. To master being a servant”